My experience of 11 September 2001, like so many others, begins with a memory of that gorgeous September morning.  It was the beginning of my Sophomore year at Smith College in Northampton, MA.  After my morning French class, I strolled from Hatfield Hall to the Hellen Hills Hills Chapel, breathing in the cool morning air, marveling at the brilliance of the azure sky.  The serenity of my morning was shattered by the news delivered to me by my stunned friends working at the chapel:  ”A plane crashed into the North Tower of the World Trade Center.”  At first I thought they were joking, then I thought they were exaggerating the severity of the crash.  It wasn’t until I saw the black smoke billowing from the crater left by American Airlines Flight 11 that my mind was able to register what was probably happening.  But even then, I just couldn’t have imagined the extent of the violence and loss of human life that day, or in the many years to follow. END_OF_DOCUMENT_TOKEN_TO_BE_REPLACED 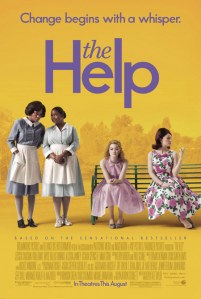 Bloggers are well aware of the firestorm of praise and critique of the The Help.  In a glowing review of the movie as a personally transformative event, one blogger writes, “shame on you if you don’t cry.”  Contrarily, J. Kameron Carter argues: “It Ain’t About Black Women – It’s About White Women,” a position that others have supported by pointing out that the movie is the white character Skeeter’s “coming of age story,” in which the black characters, Aibileen and Minny, serve as tributaries to her conversion of conscience and praxis. Others, including Rosetta E. Ross of Spelman College’s Religious Studies Department, are boycotting the movie as a protest against the use, once again, of black women in the advancement of white womanhood. END_OF_DOCUMENT_TOKEN_TO_BE_REPLACED 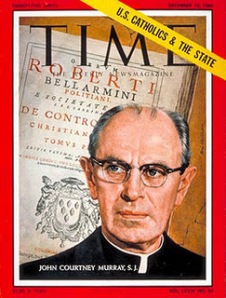 This week, my studies lead me to the theological and political writings of John Courtney Murray, S.J.  Murray is well known for his attempt to make sense of the Catholic faith in relation to the American liberal democratic tradition, as well as his efforts to think clearly about religious pluralism and religious freedom.  In We Hold These Truths, Murray poses a fundamental question that ought to be pursued in the contemporary United States context: Do we have a national identity?  If so, what is our national identity?  As a nation, what “truths” do we “hold”?  For Murray, this was a question of basic national unity.  He asks his contemporaries: “Today what is the goal, the victory to be won? Surely it has no such simple symbol.  So baffling has the problem of our national purpose become that it is now the fashion to say that our purpose is simple ‘survival.’ The statement, I think, indicates the depth of our political bankruptcy.” (WHTT, 94)  Murray’s challenge to his era comes crashing down on our own.  Of late, our body politic and elected representatives have shown meager commitment to any shared goal.  This has been most dramatically evidenced by the unwavering refusal to compromise by certain conservatives during the debt ceiling debate, but is certainly not limited to any party or faction.  We are a selfish nation, interested in what serves our own ends, even at the expense of human lives and livelihood, national credit and credibility, and as Murray would have duly noted, our very nationhood.

As an American of Mexican and Chicana/o culture, Murray’s question provokes another one for me: Whatever this national identity is, does it include me?   END_OF_DOCUMENT_TOKEN_TO_BE_REPLACED 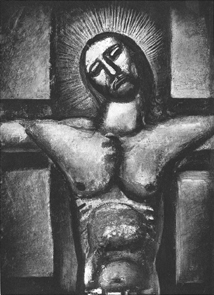 I came across the following comment by Roberto Goizueta, on the sacramental vision of Georges Rouault, in my research on religious symbols in the public square.  Concerning symbol and signification, I think Goizueta hits the nail on the head: END_OF_DOCUMENT_TOKEN_TO_BE_REPLACED 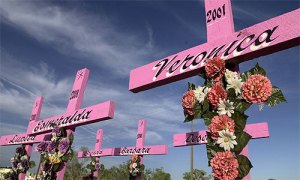 There is a feminicide in Ciudad Juárez.

Feminicide is the systematic gender-motivated murder of women.  Since 1993, more than 600 girls and women have been tortured, raped, and murdered in and around Cd. Juárez, a city in northern México that shares a border with El Paso, Texas.[1] Thousands of missing women from this area are also believed to be victims of this feminicide.  The victims are typically poor women between the ages of 10 and 30 with reddish–brown skin, slender body types, and dark flowing hair.[2]Many, but not all, of the women victims were employed in one the many maquiladorasin Cd. Juárez, factories on the U.S.–México border run by foreign companies.  The common social, economic, and physical characteristics of the victims suggest that the perpetrators specifically target women who fit this description.  Further, the ritual mutilation and symbolic placement of murdered bodies around the city indicates that drug cartels, among other organized crime groups, use the bodies to “mark their territory” in the bloody battle for money and control at the U.S.–México border. END_OF_DOCUMENT_TOKEN_TO_BE_REPLACED 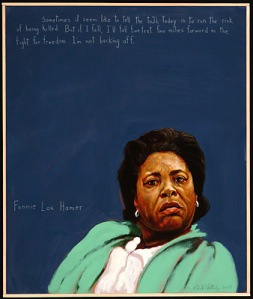 Fannie Lou Hamer (Painting by Roberto Shetterly from his collection, “Americans Who Tell the Truth”)

“And I told them, ‘Y’all is nice.  You must be Christian people.’ The jailer’s wife told me that she tried to live a Christian life.  And I told her I would like for her to read two scriptures in the Bible…”

Fannie Lou Hamer (1917-1977) was an African-American civil rights activist who served as field secretary for the Student Nonviolent Coordinating Committee (SNCC).  She is known popularly for being, “sick and tired of being sick and tired.”  On several occasions, Mrs. Hamer faced violence and imprisonment for her efforts to register black voters in the segregated south.  On one occasion, after she was jailed and brutally beaten, the jailer’s wife and daughter took pity on her and secretly gave her assistance.  In the midst of her intense suffering, Mrs. Hamer took this as an opportunity to preach the gospel to her captives: END_OF_DOCUMENT_TOKEN_TO_BE_REPLACED 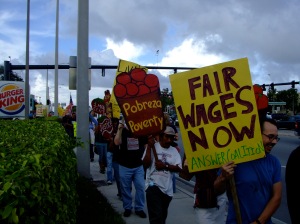 Spirituality of the Picket Line

In her monograph, La Lucha Continues: Mujerista Theology, arguably her most mature and impactful work, mujerista theologian Ada Maria Isasi-Diaz uses personal narrative to both ground and propel her discussion of the ethical implications of Latina experience.  Frequently, Isasi-Diaz’s work reads like a biography, an account and reflection on significant life events that have shaped her as a person and a thinker.  She successfully dodges a self-centered and personally glorifying account of her own accomplishments by framing her experiences in terms of her faith, conveying her belief vividly and honestly.  Using this narratival approach, Isasi-Diaz draws connections between her particular experiences of conversion, exile, exclusion, protest, personal and social devastation, and cultural tension to gesture towards theoethical concerns for grassroots Latinas working en la lucha for peace, justice, and participation.  She is not swept up into her own story, but constantly strives to relate her experiences, and those of the grassroots Latinas with whom she converses, with Biblical scripture and various theoethical topics (love, justice, reconciliation) that simultaneously explain suffering and struggle in her particular community while critiquing the “dominant group’s” situated understanding of these categories.  Her concern for relating Latina experiences to the Biblical witness robustly centers her in the Christian theological tradition. END_OF_DOCUMENT_TOKEN_TO_BE_REPLACED 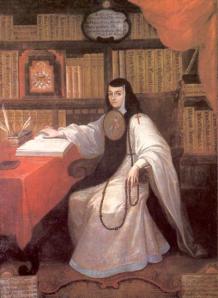 Describing my experience of reading and researching the works of Sor Juana Ines de la Cruz works in a message to my colleagues I wrote, “My mind and heart are so full right now that I can barely sit still enough to read.  I feel like I am at a Sor Juana feast, where I am already full but I can’t stop eating because everything tastes so damn good.”  Indeed, my living room presently looks something like an academic buffet table, with various monographs and essays about Sor Juana strewn about the coffee table and couch, each filled with bookmarks and sticky notes so that I can retrace my steps once my initial theological fervor subsides. END_OF_DOCUMENT_TOKEN_TO_BE_REPLACED 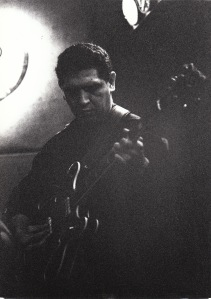 “Pragmatism must be made to sing the blues.”[1] Eddie Glaude offers pragmatic thought and blues music as a site of reflection on black identity because “it locates identity formation in the messiness of our living and the problems we confront.”[2]

My dad, Ramiro “Randy” Flores, considers himself a simple man.  Most of his meals consist of fried eggs, tortillas and milk.  He loves nothing more than sitting on the back porch and talking to his family and friends while smoking a Marlboro cigarette.  His favorite moment of the day is hugging his wife or any one of his three daughters.  A closer look at his life reveals a man with a complicated history.  My dad has had as many identities as he has baseball caps: father, husband, farmworker, artist, laborer, unemployed, alcoholic, recovering alcoholic, working poor, Mexican, American, Mexican-American, Catholic, and Denver Broncos fan.  He finds expression for all of these identities in blues music.  He spends copious amounts of time practicing in his makeshift studio in the corner of our basement. Here he rehearses his music and identities, finding fuller modes of expression in between the metal frets of his bass guitar. END_OF_DOCUMENT_TOKEN_TO_BE_REPLACED

Dr. Nichole M. Flores is Assistant Professor of Religious Studies at University of Virginia. Originally from Denver, CO, she lives in Charlottesville, VA with her husband, Daryn Henry.